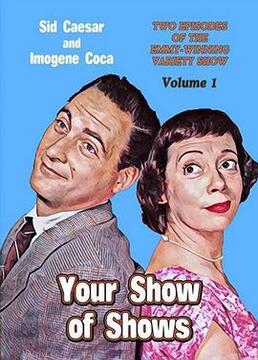 剧情简介 : Live, original comedy originally featuring Sid Caesar and Imogene Coca. Carl Reiner and Howard Morris joined the show later. Two of the great skits on the show were "The Hickenloopers", a battling husband-and-wife team and the clock in the Bavarian town of Baverhoff which always broke when the hour was struck.