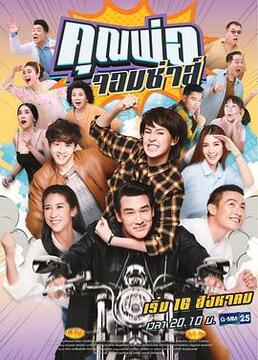 剧情简介 : San Kaew is a cunning girl who disguised herself as a boy to find her real dad. She then finally meets him. Panin, a player businessman, is shocked, then he remembered that he was once involved with a woman named Thipkesorn, San Kaew's mother. He thinks his son is a lady boy and tries to be a good role model to him, so he can be a man, but he doesn't know that she's a girl.