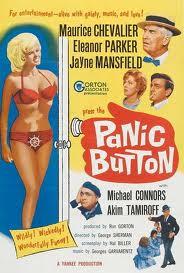 剧情简介 : A businessman plans to solve his tax problems by financing a film version of “Romeo and Juliet”. He hires Maurice Chevalier and Jayne Mansfield to play the title roles, and Akim Tamiroff to direct. The finished film is shown at the Venice Film Festival, where it’s considered a witty parody and awarded a Golden Lion